Spaghetti Western Movie, Full Length Cowboy Film, English: Eye For An Eye AKA The Taste of the Savage (1971) AKA Branded X AKA (original title) El sabor de la venganza. A vengeful widow hires a professional killer to train her son so that he can hunt down and kill the men who murdered her husband. The quest for revenge soon becomes an obsession.

The Taste of the Savage (1971) poster Joe Carson is working his ranch one day when three men ride out of the hills and gun him down in front of his home.

From that day forward, they form a pact: The three men responsible for the murder will pay. And they pay at Judd’s hand.

To make sure that happens, Sara hires a roving gunslinger named Huck (Cameron Mitchell) to work on her ranch and train Judd in the art of the gun.

And Judd learns well. Too well for Huck’s liking. He winds up riding off, fearful of the monster he’s created.

Sure enough, Huck’s fears are realized. Soon, Judd’s violence stems beyond those responsible for his father’s death.

When Huck returns, it’s with orders to eliminate the young menace with the fast gun. But Judd has a mother and a hired hand named Lobo who will do anything to protect him.

There’s also a sense of doom early on — doom projected by the world-weary Cameron Mitchell character, who realizes he’s helped create “the makings of a real bastard.”

But the fault isn’t Judd’s alone. Nor Huck’s. It’s Judd’s mother who has nurtured the hate in him, repeatedly making him promise to fulfill their joint quest for vengeance.

In fact, the film’s title comes from a conversation Huck has with Judd’s mom. Most women lose loved ones and learn to move on with life. Instead, she’s allowed “the taste of the savage” to take hold of her heart.

Helene Rojo plays the young woman Judd falls for; Arthur Hansel is her over protective brother who forbids such a relationship.

COPYRIGHT: All of the films published by us are legally licensed. We have acquired the rights (at least for specific territories) from the rightholders by contract. If you have questions please send an email to: [email protected] 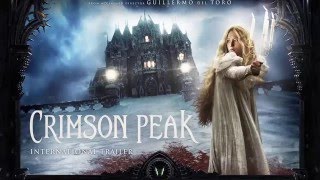